So my mom had an episode two days ago that made us think she was having a stroke. It was horrific to watch. He speech was gibberish, she walked very wobbly and could barely stand. She was talking a mile a minute in broken sentences and just plain wacky. Talked to the med tech at their assistant living place who checked her but had no words of wisdom. So I called my dads hospice nurse. She was a bit Leary of  helping or giving me suggestions because she isn’t her patient.
My dad is. But she finally said it sounds like a
Stroke.so I called the EMTs. By the time she got to the hospital they wished her in for a cat scan which came back to show either a Stroke or brain clot.
So at her age and because it had been three almost four hours, time was of the essence. It became very confusing doctor talk but the gist was that we had ten minutes to decide if she gets this drug (TPA) that if they are wrong, could mean huge complications that would be catastrophic. There was no time to do more tests.
Time was almost up. So I asked for my son and his girlfriend to come in and help. With their view and the doctors, we chose the drug. Turned out to be the correct choice! Praise God!!! So she was sent to the best hospital around with one nurse per two patients. Fabulous care. Truly. And she has been a trooper. Coming back into her current normal of pleasantly happy and a bit forgetful.
So last night she became very jumpy. Pulling at the wires and tubes. Combative. Angry. We both got zero sleep and she asked me the same question over and over about how the lights in the hall needed to be turned off. That she made the wrong decision in coming here. That the staff was full
Of crap and not helping. On and on and on.
So since neither of us got any sleep, I read articles on dementia and how to handle them with the loss of a loved one. Because no matter how much I want to be here for my mom, my main concern is to get home for my dad. He’s on his final path here in this world and he seems to be in such pain. The family has taken turns caring for him and been amazing but I wanna be with him.
I want her to be with him❤️
So I read about music and dementia. I had heard this but I thought, how good could it really be? Well, let me tell ya. Frank Sinatra is singing right now on Pandora. The whole time I have been typing this, she has calmed down and fell back to sleep. I know she is super tired so that’s part of it but the music did sooth the soul! So wonderful. Thanks Frank. I’m gonna use music from now on.
And now, I’m going to sleep until the doctor comes and hopefully gives us the go ahead to go home.
Stay tuned for my next entry about a dad I never knew....
Posted by lindsay ostrom at 7:24 AM

I have a lot of compassion for what you are going thru, Lindsay, as I traveled a similar path and at this time of year. Unfortunately, there is nothing but your intuition that will guide the tough decisions you make. But, it turns out, it's the best guidance you can get! You can never go wrong with music, either. I used it myself recently to manage my out-of-control blood pressure. I have a Christmas CD on right now and I am much better for it. Love and blessings, dear one, and don't forget to take care of yourself!

Music was a life saver for me and my mom with her dementia. I would put her own headset on to tune out any stimulating background noise and turn Frank on❤️


Dear Customer, we present to you in our company all the ideal solutions necessary for cleaning work in its comprehensive and modern concept. The company also provides the best methods, tools and equipment for the cleaning process, through trained and qualified technical cadres to use all tools and equipment. We also distinguish that we have the best and lowest prices among the Eastern Region companies. In full, the company also provides all home services 24 hours a day to meet the largest number of our valued customers

Well over 160000 men and women are utilizing a easy and secret "water hack" to lose 1-2lbs every night as they sleep.

It is effective and it works every time.

Here's how to do it yourself:

2) Now do this weight loss HACK 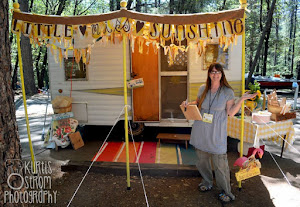 question.... email me at lindsayostrom@yahoo.com